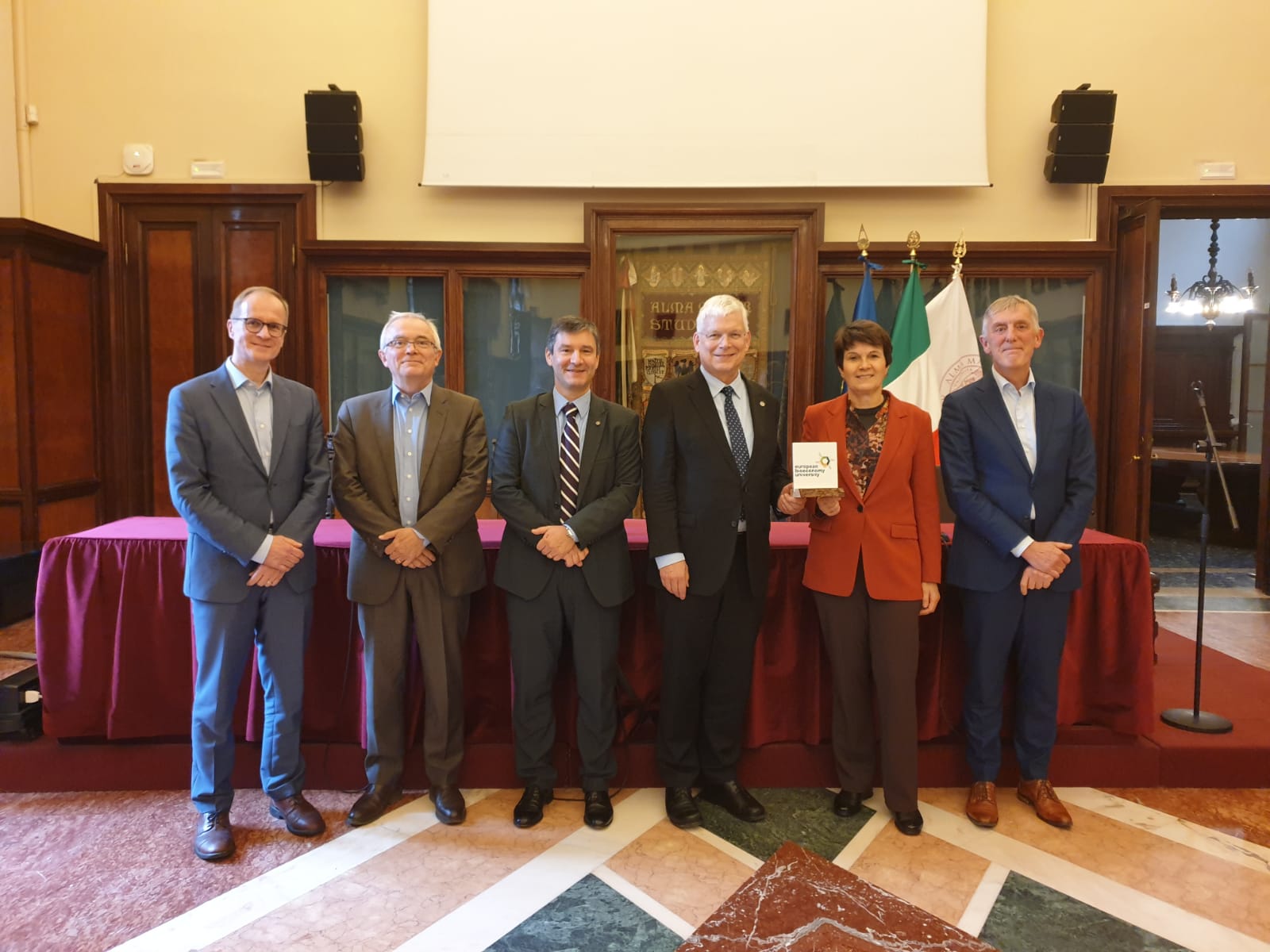 After more than 2 years, the EBU presidents met personally at the Alma Mater University in Bologna last week. The occasion, bringing all high-level members of the EBU-alliance together, was the handover of the EBU presidency from the University of Hohenheim’s rector Stephan Dabbert to BOKU’s rector Eva Schulev-Steindl.

The presidents and accompanying EBU coordination group members from all 6 EBU-alliance members (AgroParisTech, BOKU, UniBo, UEF, UHOH, WUR) were first welcomed and guided through the historical halls of the Alma Mater University on the evening before the meeting. Raffaella Campaner, UniBo’s vice rector for international relations and Alberto Credi, vice rector for research presented UniBo’s history and its global partnerships with Universities on 6 continents. It sparked discussions about differences and synergies in their networks, how they handled the challenges of the last 2 years and general governance of Universities.

Afterwards, all participants were treated to the delicious renowned Italian cuisine in the heart of the red city of Bologna. Exchanging in an informal setting the presidents had the chance of connecting beyond the formalities of work life.

The next morning the entire consortium met in the beautiful rectorate of the University of Bologna. The meeting was opened by a welcome note from UniBo’s president, Giovanni Molari and a speech by Stephan Dabbert chairing the meeting. The speech and meeting revised the accomplishments of the EBU, since its foundation in 2019 and took a look at what new challenges lie ahead.

The EBU successfully established two Bioeconomy student programmes, which are about to start into their 2nd iterations: FOEBE and EBU Label. In BIObec the EBU partners alongside other consortia partners from the Bioeconomy are designing biobased Education Centres to bring the Bioeconomy and its knowledge everywhere, where it’s needed. Through the Startup Village, the EBU received visibility on the European Level and is within the Startup Village HUB spearheading the initiative towards more prosperous, connected and affluent rural areas in the European Union. Beyond what was, the meeting allowed a peek into new initiatives and development, for which updates will follow soon.

After a well-received look at EBU projects, current and future, the meeting turned towards solidifying the cooperation even further over the course of the next presidency.

The meeting culminated in the official transfer of the EBU presidency from Stephan Dabbert from the University of Hohenheim to Eva Schulev-Steindl from BOKU. 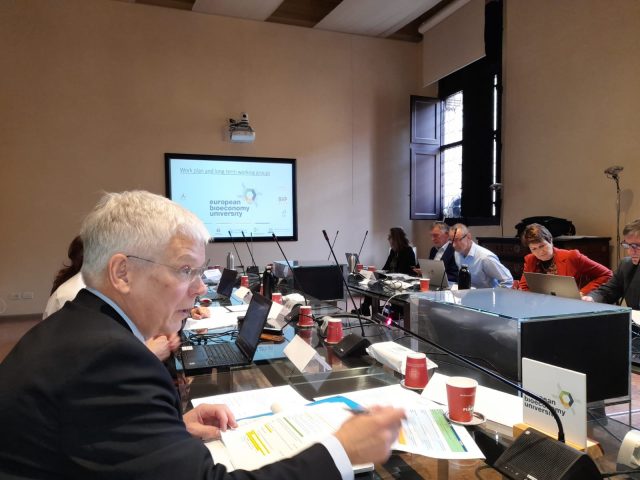 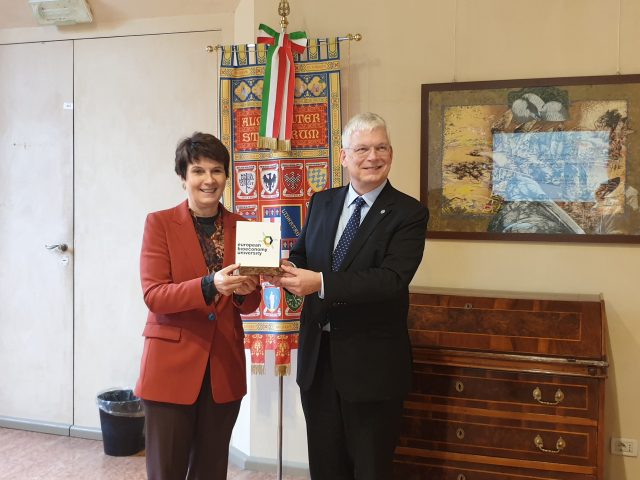 The new president of the EBU immediately took the stage and presented her vision and ideas for this new EBU chapter headed by BOKU. The EBU is to become the point of contact for Bioeconomy in Europe. As a cornerstone she shared her first suggestions for the next EBU Scientific Forum 2023 in Vienna.

The fruitful meeting was closed by Alberto Credi. He thanked all the participants for the important discussions of the day and appreciated the return to an in-person format for presidents to exchange.

Manage Cookie Consent
To provide the best experiences, we use technologies like cookies to store and/or access device information. Consenting to these technologies will allow us to process data such as browsing behavior or unique IDs on this site. Not consenting or withdrawing consent, may adversely affect certain features and functions.
Manage options Manage services Manage vendors Read more about these purposes
View preferences
{title} {title} {title}