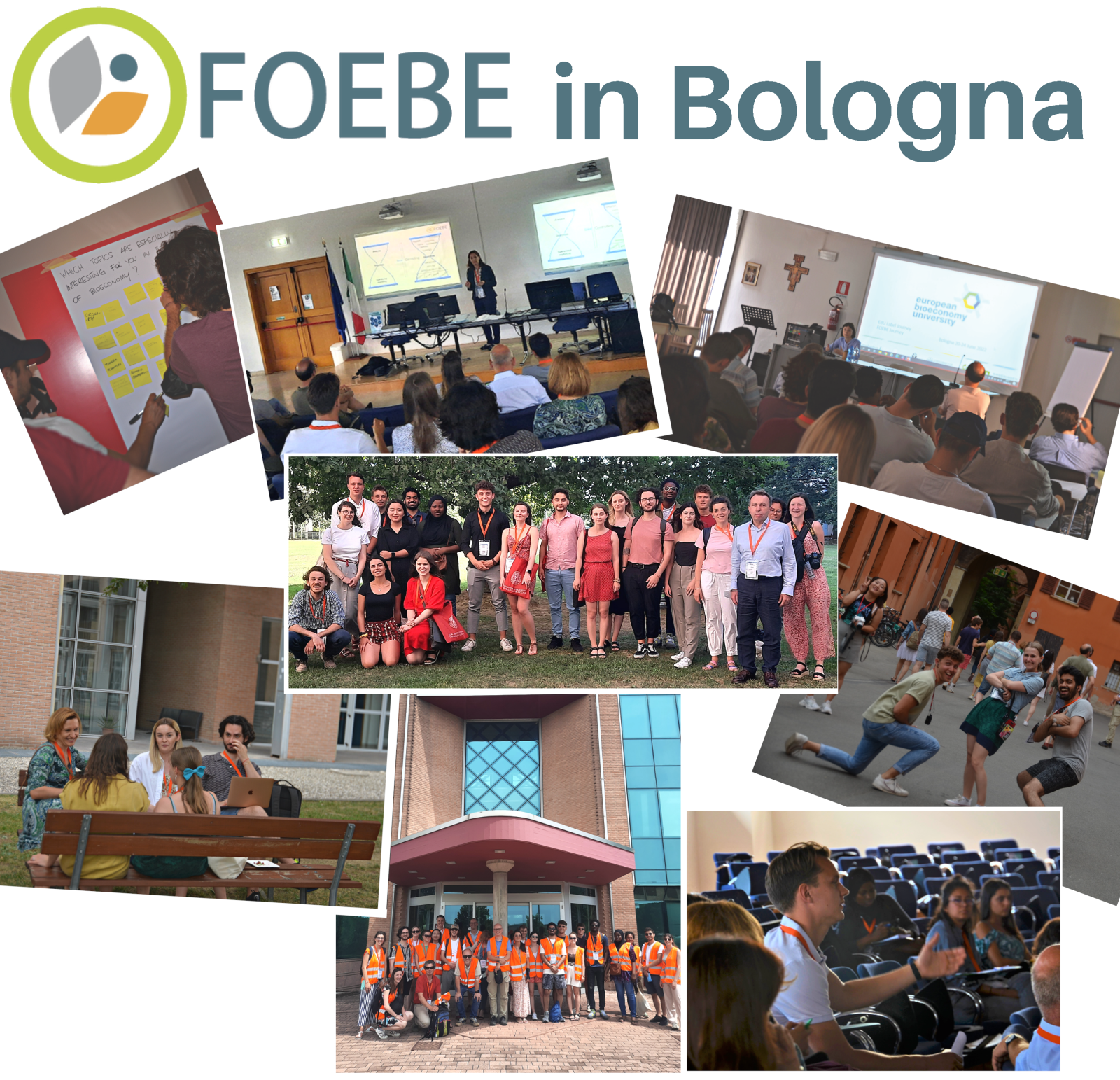 Let’s go back in pictures to the summer school of the FOEBE students in Bologna, in Italy.

FOEBE students trained online in bioeconomy entrepreneurship for 16 weeks, before finally coming together to create innovative projects in the bioeconomy. The first cohort of 20 FOEBE students, who met in-person for the very first time on Monday July 20th at the Alma Mater Studiorum – Università di Bologna. Sadly, six FOEBE students were unable to travel to join us in Bologna.

The first day was the opportunity to present the EBU, to meet EBU label students and attend 3 seminars on bioeconomy.
FOEBE students prepared their final group work with the help of teachers, who taught them bioeconomy online this past semester.
Then, FOEBE and EBU Label students enjoyed a well-deserved welcome cocktail together.

On day two, FOEBE students had a company visit to Siropack Italia, an innovative packaging company where they discovered many projects, such as Ricircula, a waste-free plastic. Parthena Chatzinikolaou and RINO GHELFI of the Alma Mater Studiorum – Università di Bologna took the students to the beautiful beach of Cesenatico.

On day three, the atmosphere in Bologna got tense, since the students had to work on their final projects. First, Benoît Gabrielle led a workshop on idea generation, before Agata Rawlikowska illustrated her marketing presentation by basing it on SIROPACK’s marketing strategy, followed by Michael Ambros‘ workshop. Then it was time to keep working on the FOEBE final project hackathon. At 5pm, it was tourism time! We followed a great Bologna city tour and discovered the lively history and anecdotes of Bologna.

On day 4, FOEBE students left campus again to visit the company Caviro Extra, which revalues 99% of the waste from their wine production. This company is a prime example of circular economy.
This informative visit was concluded by a lovely lunch and walk in the nice town of Faenza, after which we got back, eager to polish the last details for tomorrow morning’s final presentations!

On the last day, after a truly memorable week the FOEBE team said their last goodbyes to their first FOEBE students.
After following 8 modules on entrepreneurship in bioeconomy over 16 weeks, it only took them 2 days to come up with structured triple-layered business models, sustainable concepts that they knew how to protect, to map out their ecosystem and perform a SWOT analysis of their project.
We then enjoyed the presentations given by EBU Label students, who also study bioeconomy entrepreneurship and took a more original approach at presenting their bioeconomy company project.

The FOEBE hybrid programme had the goal to equip students with both skills and inspiration to become bioeconomy entrepreneurs. The networking opportunities offered by the online joint activities as well as the week in Bologna will also be a strong asset in their future careers and we hope to discover FOEBE students start-ups emerging in the coming years. Professors also had the opportunity to share a pedagogical experience and are eager to launch FOEBE’s second student cohort in 2023. Stay tuned to learn more about it this autumn. 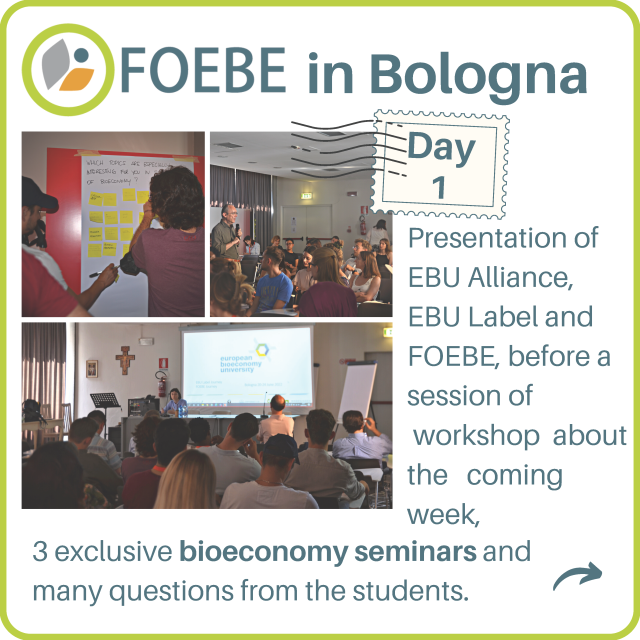 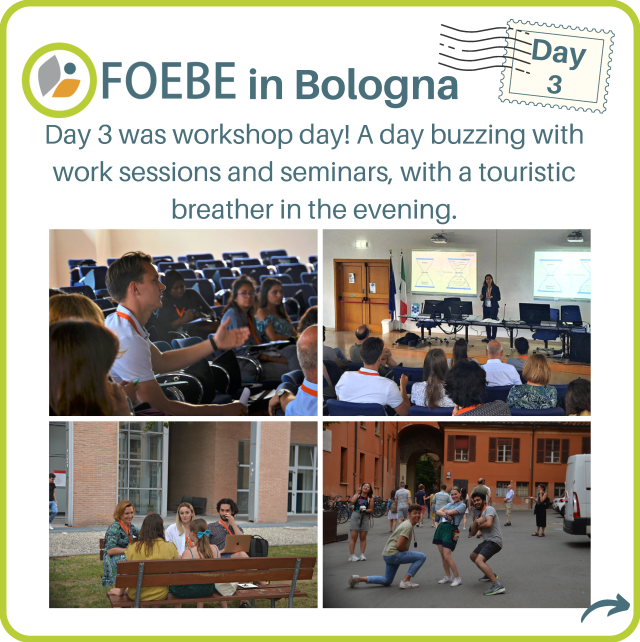 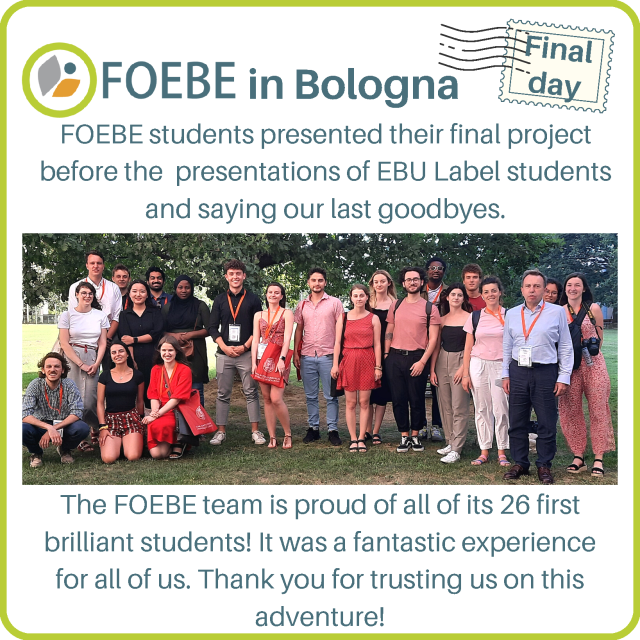 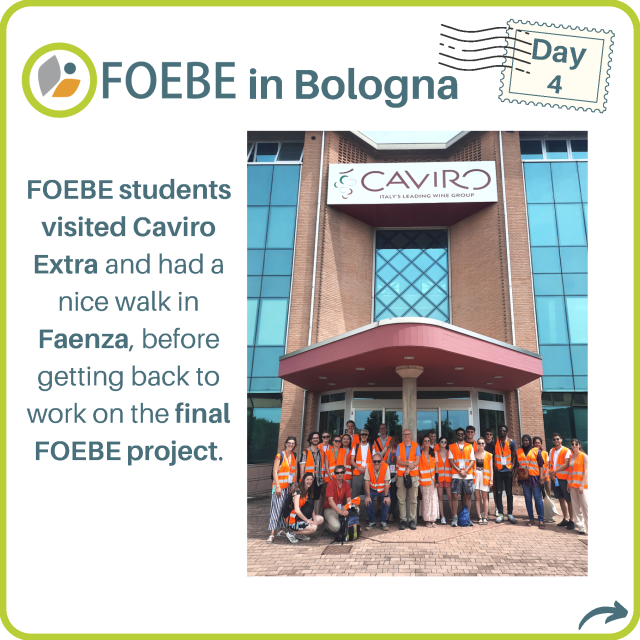